TURF is presenting Own Cult: Icons of Wonderland during Cutlog NY 2014. This show draws on the works of three emerging artists: Nathalie Mba-Bikoro, Elena Cecchinato, Leah Gordon and, Vodou flag maker Antoine Oleyant. It explores the role of icons and cult figures in creating a new visual language on human identity. The digital age, its endless flow of information, makes it difficult for us to peel fact from fiction and the past from the future. However, it does nurture our ability to tap into the subconscious, where a plethora of non-linear narratives exist. This has the potential to shape how we experience the world. Ultimately, this show reiterates what artist Elena Cecchinato calls ‘Own Cult’. It eschews distinction, time and place, illustrating instead, how our lives are hybridized and governed by us. Our existence is constantly fraught with collision, chaos and change. Therein lies the beauty of Africana and its place in culture and society today: its cults and icons are an embodiment of the agile human spirit. Those tell their own heroic fairytales of hope amidst adversity. 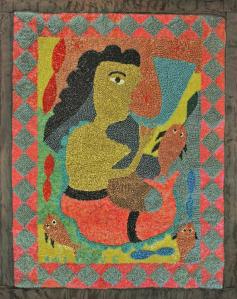 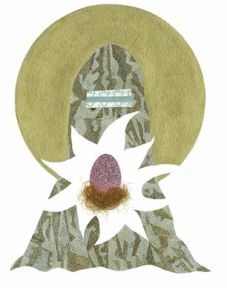 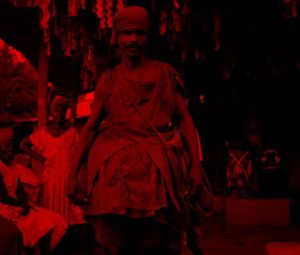 TURF is  winner of the Discovery Prize during Cutlog NY 2013. TURF is a site-specific curatorial project from New York City that was created in 2013. It appropriates the arbitrary notion of Africana in the digital age, exploring how far the constant flow of people, goods and artistic practice across porous borders has been shaping human identity. TURF challenges some of the myths surrounding our sense of belonging and alterity. Through a range of emerging artistic ideas and media, TURF encourages a more candid visual dialogue on the ebbs and flows of Africana today.